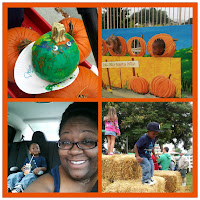 It was about that time again...PUMPKIN PATCH TIME!! 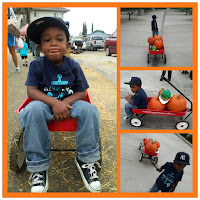 There are two things i LOVE Pumpkins and Penguins so Harvest/ Halloween season and Christmas season make me HAPPY! 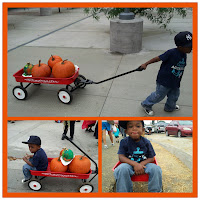 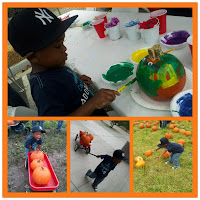 A tradition the Bug and i have in October, is going to the Pumpkin Patch at Cal Poly Pomona.  We are two in the thousands who venture out early on Saturday morning to run up and down the field of pumpkins, run through the hay maze, and support the clubs and organizations.  This year we even hung out with the Bugs Auntie KC the entire time we were there.  P.S. im pretty sure she got some amazing pictures of my Baby bug having a blast in the patch so look for those to come soon! 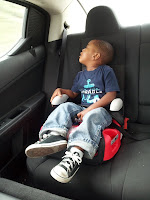 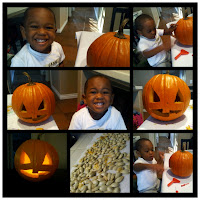 This years patch was good, but not as a great as the previous years yet we still enjoyed our selves!  The Bug ran through a hay maze, painted a pumpkin, pulled his wagon, pee'd in a port-a-potty for the first time, photo bombed others pictures, and picked three great pumpkins!

When we left we had a snack, and he fell asleep in the car as always...after all its tradition hahah.

Later in the evening we cleaned and carved his pumpkin then put a tea light in it and watched it glow on our kitchen table.

It was a great day and as always  i am reminiscing on todays fun times while already looking forward to next years!!